The Turn of the Screw

In the words of Kate Mosse: “This is, possibly, the most exquisite and perfect of all psychological ghost stories. An unnamed narrator, another governess, a different manuscript that claims to tell the story of mysterious country house, a widower and his children and two ghosts of former servants of the house. It is never clear if the ghosts are real or the product of the governess's increasingly unstable mind... Simply, a masterpiece.”

watch trailer
About the author

Henry James is regarded as one of the great novelists, and this is the Pigeon's personal favourite of his. It has been said that after completing The Turn of the Screw, Henry was so terrified by his own words that he slept in his armchair in front of the fire, too scared to go upstairs. So be crafty, bird, and read with us – not alone. 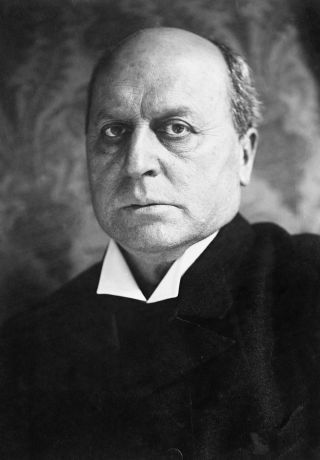 Henry James was born in 1843 in Washington Place, New York, to Scottish and Irish parents. His father was a prominent theologian and philosopher while his elder brother, William, was also famous as a philosopher. He attended schools in New York and later in London, Paris and Geneva, entering the Law School at Harvard in 1862. In 1865 he began to contribute reviews and short stories to American journals. Ten years later he settled for a year in Paris, where he met Flaubert, Turgenev and other literary figures. By 1886 he was in London, where he became so damned popular in society that he confessed to accepting 107 invitations in one year. He left London in 1898 and went to live at Lamb House, Rye, Sussex. Henry James became a naturalised citizen in 1915, was awarded the Order of Merit and died in 1916.

In addition to many short stories, plays, books of criticism, autobiography and travel, he wrote some twenty novels, the first published being Roderick Hudson (1875). They include The Europeans, Washington Square, The Portrait of a Lady, The Bostonians, The Princess Casamassima, The Tragic Muse, The Spoils of Poynton, The Awkward Age, The Wings of the Dove, The Ambassadors and The Golden Bowl.