Read one of the all-time summer classics during this blistering season!

Meet Jim Hawkins, Long John Silver, Blind Pew and Billy Bones – just a few of the rag-tag cast of this all-encompassing classic that straddles the realms of the Bildungsroman as well as travel, adventure and postcolonial literature.

After discovering a map leading to buried treasure, a motley crew of waifs and strays and PIRATES sets off on a gazumping trip across the seven seas to claim the untold wealth. All, however, does not go to plan. Strap yourself in for the ride of a lifetime.

A prolific writer of novels, short stories, poetry, and non-fiction, Robert Louis Stevenson is one of the most widely translated authors in the canon of English literature, with his early masterpiece, Treasure Island, inspiring hundreds of adaptations. Born in Edinburgh, he travelled widely, including an almost fatal quest to the west coast of America to marry his sweetheart, before spells in New York, Bournemouth, France, Samoa, New Zealand and Hawaii.

Words of Robert Louis Stevenson after he wrote Treasure Island, “If this don’t fetch the kids, they have gone rotten since my day!”

Researching the Hispaniola from Stevenson's Treasure Island. This is what it may have looked like but with 2 masts pic.twitter.com/0ErxXlF2Yt 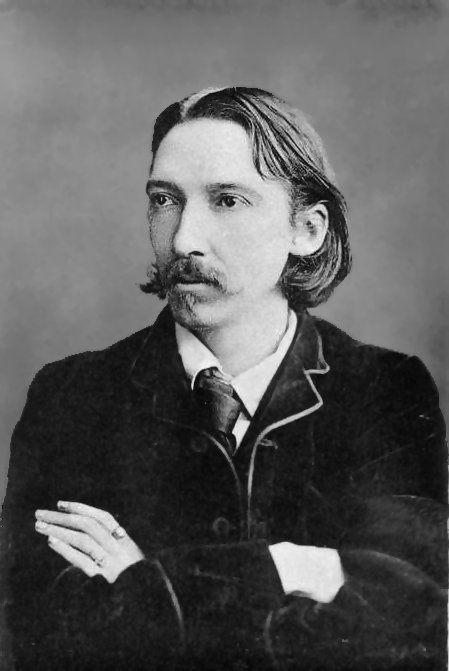 Born in Scotland in 1850 to a family of lighthouse engineers, Robert Louis Stevenson was predominantly educated by private tutors who were required because of his recurring illnesses. He began writing stories before his tenth birthday and his father helped him publish his first work at the age of 16, a historical account of the covenanters' rebellion.
After an aborted attempt to study engineering at university, Robert opted for a life of letters, agreeing to be called to the Scottish bar as a concession to his father. He met his future wife, Fanny Van de Grift Osbourne, in France in 1876, but the pair were not married until 1880, when Fanny had obtained her divorce and Robert had almost killed himself on his way to San Francisco to try and relocate her. His health continued to cause him problems for the rest of his life.
It was during the 7 years following his marriage that Stevenson did the bulk of his writing, while living in various locations in Scotland, England, and France. Strangely, years after writing The Strange Case of Dr Jekyll and Mr Hyde, he was involved in a very public spat with a minster in Honolulu called Dr Hyde, a man he had encountered while visiting a leper colony.
He was a great traveller who, in spite of his ill-health, managed to live on both sides of the Atlantic, and undertook an epic Pacific journey in a yacht called Casco, setting off from the port of San Francisco. For three years he hopped from island to island, all the while recording his experiences.
His final resting place was in Samoa where he purchased a large swathe of land and was active in local politics, often clashing with European officials that he deemed incompetent and unfeeling. The tombstone epigraph that Stevenson himself wrote was translated into a Samoan grief song. He died in 1892 aged 42.

The book will be delivered in 11 instalments (or staves), one every day. The instalments are delivered to your Pigeonhole bookshelf on your IOS or Android app, plus you can read on our web reader. You will receive an email letting you know when each stave is available.