The War of the Worlds

Want to join the book club of the future?

Subscribe to this serialisation and earn the power to pick upcoming titles in our classic science-fiction book club!

When a meteor containing alien life crash-lands in a field near Woking, the town’s inhabitants are more than a bit curious. That is until the Martians start wreaking violent havoc and the military are called in, marking the beginning of an extraterrestrial war.

Originally serialised in Pearson’s Magazine , H.G. Wells’ forward-thinking science-fiction classic has never been out of print  and anticipates aspects of modern life, from space expeditions, to travel to Mars and all-out war.

A brutal book that will terrify residents of the Home Counties in particular, this novel was lightyears ahead of its time and remains a pillar of the science-fiction canon.

Despite being nominated 4 times for the Nobel Prize in Literature without winning it, Wells was one of Britain's great and most prolific writers who published in a broad range of genres.

Join our sci-fi book club by signing up to The War of the Worlds and vote for our next book in the series! Contenders include:

I for one welcome our new Martian overlords. (War of the Worlds sculpture, Woking.) pic.twitter.com/PYXaaFIIhZ

Boiiiiii War of the Worlds never ceases to captivate me!!

“Martian in the Forest." Beautifully eerie Henrique Alvim Corrêa art for a 1906 edition of H.G. Wells's THE WAR OF THE WORLDS. #scifi pic.twitter.com/yDREFBfDlK 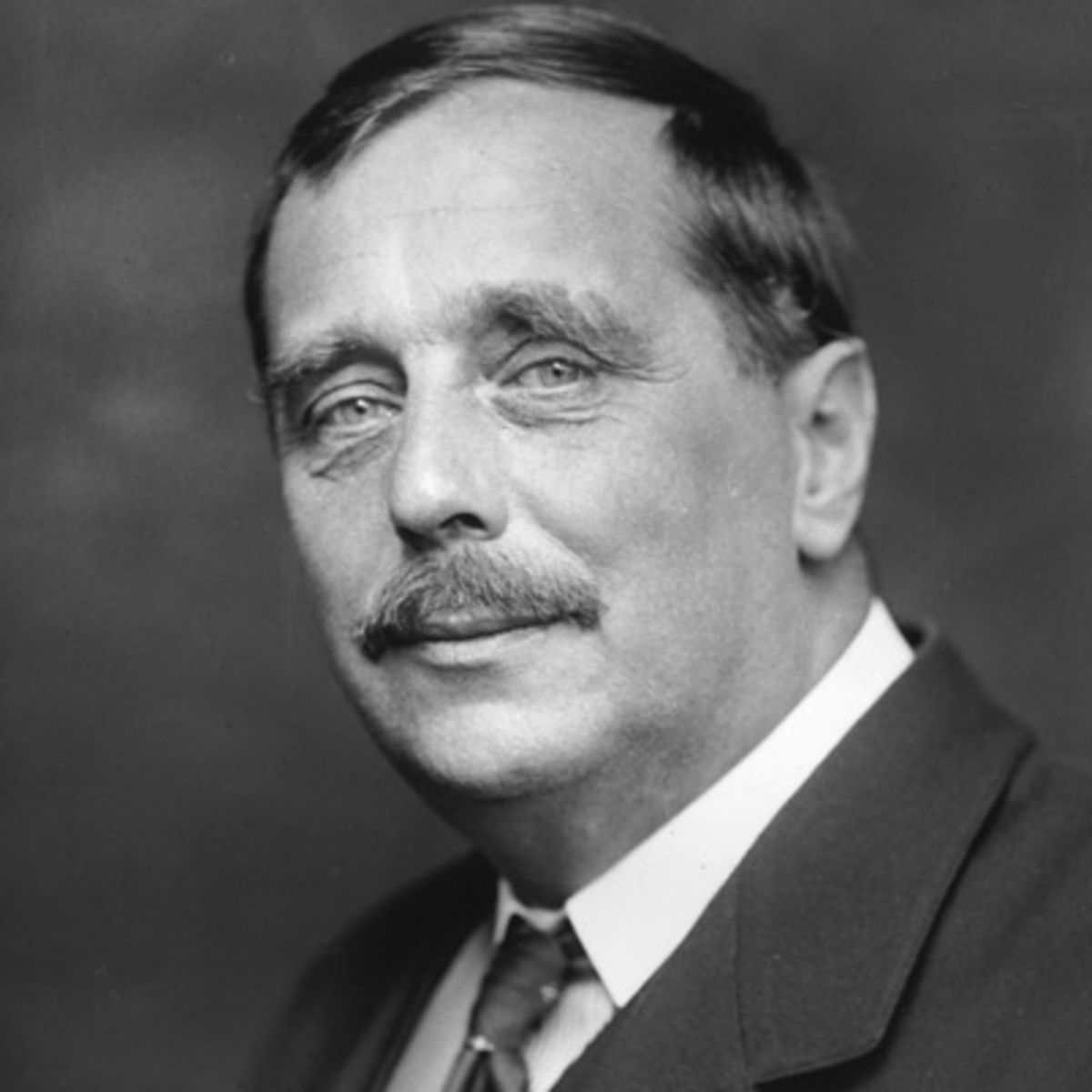 Herbert George Wells was born in Bromley, Kent County, England on 21 September 1866 to Sarah Neil, who worked as a maid to the upper class and Joseph Wells, a professional cricket player and a shopkeeper. The family were quite poor and Wells’ parents did not lead a happy married life. They eventually separated but neither of them married again. Wells developed an interest in reading during his childhood. He was apprenticed at the age of 14 to a draper, work that was later reflected in Kipps (1905), a story about an orphan, Artie Kipps, who makes his way to the upper class after gaining a large inheritance and education.

In 1883, Wells won a scholarship to the Normal School of Science in London where he discovered his interest in science. Under the expert teachings of Thomas Henry Huxley, Wells studied Biology and Darwinism. However, once again Wells was unable to complete the course of his studies. Unable to meet the degree requirements, Wells lost the scholarship. Facing an extreme financial crisis, he began living with his aunt and uncle at Fitzroy Road in London. During this time, Wells taught at his uncle’s school and also studied there part-time. In 1891, he married his cousin, Isabel Mary who also lived with the aunt and uncle. The marriage dissolved four years later when Wells left Mary for one of his students, Amy Catherine Robbins. The two got married in 1895 and had two sons. In spite of being married to Amy, Wells kept relations with other women who also became inspirations for some of his characters. Two of these women, Amber Reeves and Rebecca West gave birth to Wells’ children.