Fast-paced and compact, The Thirty-Nine Steps is right up there with the best of thrillers.

Richard Hannay’s return from Africa sparks an entirely unexpected new chapter in his life – one that could lead to war on the European continent.

It all begins with a dead body being found in his flat, and ends with Richard on the wrong end of en elaborate man hunt, played out against the blazing heat of summer.

In a long and distinguished working life that took in a variety of different occupations, John Buchan wrote propaganda during the First World War, was a private secretary in colonial Africa and authored a number of adventure-fiction novels.

Having read a lot of modern novels recently, currently embarking on some classics. The Great Gatsby was exquisite and 39 Steps has me hooked

@chrisdeerin I've been meaning to read Buchan for years, but something newer always got in the way. I'm going to buy 39 steps today. x 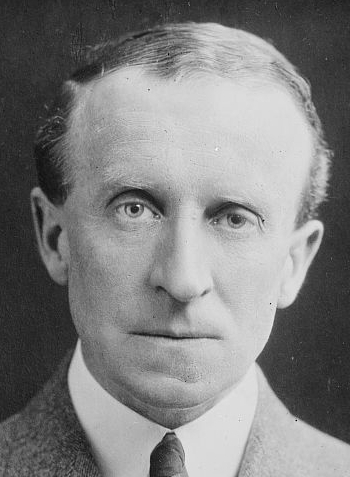 Born to Scottish parents in 1875, John Buchan enjoyed a life and a career that encompassed more than most people could hope to achieve in multiple lifetimes, distinguishing himself in disciplines ranging from literature and the arts, through to diplomacy and government.

At Brasenose college, Oxford, where he was studying Classics, Buchan was elected as president of the Oxford Union and had six of his literary works published while still at the start of his 20s.

In his subsequent career he acted as secretary to the High Commissioner for South Africa, became editor of The Spectator, was called to the bar, wrote for the War Propaganda Bureau, worked as a foreign correspondent for The Times in France and was eventually elected to the position of viceregal representative for Canada, which was still under colonial rule at the time.

And this is his CV before any mention of literary achievement. In addition to writing a number of popular thrillers and novels, Buchan also turned his hand to biographies and historical writing. The Thirty-nine Steps remains his most successful piece of fiction. He died aged 65.