Tess of the d'Urbervilles

A novel that initially brought Hardy more notoriety than literary plaudits, Tess of the D’Urbervilles follows its labouring-class heroine Tess Durbeyfield, whose existence is elevated from obscurity when her father discovers, during a chance roadside meeting, that he is descended from the eminent D’Urberville bloodline.

Tess goes to work for her rakish cousin Alec D’Urberville whose deplorable conduct maps out the rest of her life. It is not until she meets the captivating Angel Clare, whilst working at a dairy, that she starts to feel the tremors of genuine affection.

The critics described it as profane, sordid and scandalous when it was published in 1891. Choosing a single masterpiece from Hardy's prodigious catalogue is difficult – but there is no doubt that Tess is one of his finest efforts.

After training as an architect, Thomas Hardy turned his hand to poetry and prose, penning a string of extremely successful and highly controversial novels during his lifetime. The semi-fictional county of Wessex, based on the southwest of England, and area that he knew and loved, is the setting for most of his work.

Tess of the Durbervilles discussed and illuminated this week on In Our Time.
One of my favourite novels.... https://t.co/XGOwkhoeWP 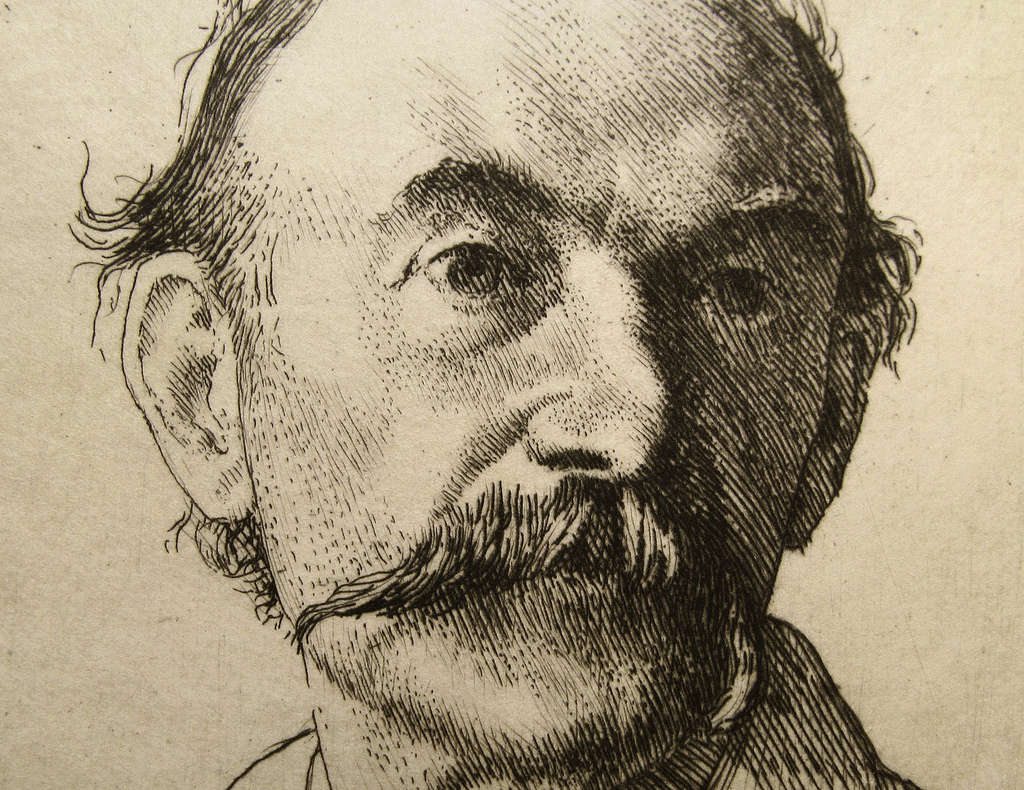 Born in 1840 to a stonemason and an educated mother, Thomas Hardy grew up close to Dorchester, a region that would later become a part of his semi-fictional county Wessex. Lacking the financial means to go to university, young Thomas was indentured to a local architect from whom he learned the basics, before ending up in King’s College London where he excelled. It was not until 1870, when he returned to Dorset, that he dedicated himself to writing.
He was married twice: first in 1874 to Emma Gifford, whom he met on an architectural mission to Cornwall. Despite the waning intimacy of their relationship, Hardy was deeply affected by Emma’s death in 1912; this would continue to influence his writing for the rest of his life. In 1914, he married Florence Dugdale, a woman 39 years his junior.
Hardy’s consistently controversial prose reached its zenith in 1895 with the publication of Jude the Obscure. The public’s negative reaction to his portrayal of sex, marriage and religion made him vow to stop writing fiction altogether and focus on poetry instead – the medium that he considered his forte.
In 1928, following a short brief bout of pleurisy, Hardy passed away, dictating a poem to his wife just before he died. The debate over where to bury him was settled with a compromise, with his heart travelling to Stinsford to be next to his former wife Emma, and his ashes being buried in Poet’s Corner at Westminster Abbey.