The Adventures of Sherlock Holmes

Originally serialised in The Strand Magazine, Sir Arthur Conan Doyle’s debut collection of short stories is told from the perspective of Sherlock’s trusty wing-man Watson, as the pair of them set about putting the world to rights – one mystery at at a time.

In a world of misplaced privilege and bureaucratic quandaries, the reliably witty Sherlock Holmes doles out his fresh interpretations of justice to the London populace, meeting his ongoing romantic interest, Irene, in the process.

Conan Doyle’s enduring classic is more present than ever before in popular culture – now is your chance to catch up with the original.

Before forging his career as an author, Conan Doyle trained as a physician and traveled the seas as a ship’s doctor. While working at his fledgling medical practice in Plymouth he began to write fiction seriously.

In the Discussion
#sherlockholmes

“There is nothing more deceptive than an obvious fact.” ― Arthur Conan Doyle

In 1964, the BBC secured rights to adapt any 5 Sherlock Holmes stories with an option for a further 8 from the Doyle estate. #221Movie 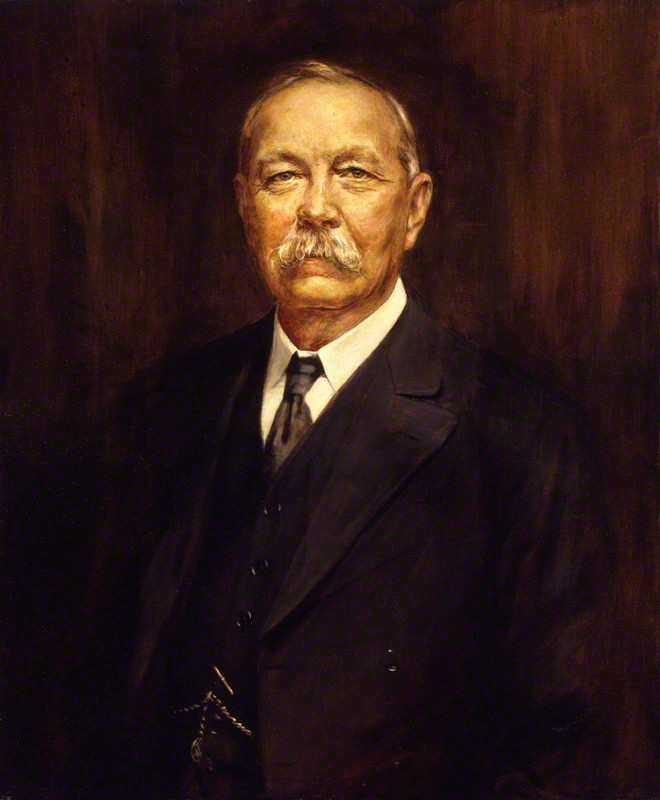 On 22 May 1859, Arthur Conan Doyle was born to an affluent, strict Irish-Catholic family in Edinburgh, Scotland. Although Doyle’s family was well-respected in the art world, his father, Charles, who was a lifelong alcoholic, had few accomplishments to speak of. Doyle's mother, Mary, was a lively and well-educated woman who loved to read. As Doyle would later recall in his biography, ‘In my early childhood, as far as I can remember anything at all, the vivid stories she would tell me stand out so clearly that they obscure the real facts of my life.’

At the age of 9, Doyle was shipped off to England, where he would attend Hodder Place, Stonyhurst – a Jesuit preparatory school – from 1868 to 1870, and then Stonyhurst College for the next five years. For Doyle, the boarding-school experience was brutal: many of his classmates bullied him, and the school practiced ruthless corporal punishment against its students. Over time, Doyle found solace in his flair for storytelling, and developed an eager audience of younger students.

Later, at medical school, Doyle met his mentor, Professor Dr. Joseph Bell, whose keen powers of observation would later inspire Doyle to create his famed fictional detective character, Sherlock Holmes. At the University of Edinburgh, Doyle also had the good fortune to meet classmates and future fellow authors James Barrie and Robert Louis Stevenson. While a medical student, Doyle took his own first stab at writing, with a short story called ‘The Mystery of Sasassa Valley’.

During Doyle’s third year of medical school, he took a ship surgeon’s post on a whaling ship sailing for the Arctic Circle. The voyage awakened Doyle’s sense of adventure, a feeling that he incorporated into a story, Captain of the Pole Star.

Doyle's first paying job as a doctor took the form of a medical officer's position aboard the steamship Mayumba, travelling from Liverpool to Africa. After his stint on the Mayumba, Doyle settled in Plymouth for a time. When his funds were nearly tapped out, he relocated to Portsmouth and opened his first practice. He spent the next few years struggling to balance his burgeoning medical career with his efforts to gain recognition as an author. Doyle would later give up medicine altogether in order to devote all of his attention to his writing and his faith.

In 1885, while still struggling to make it as a writer, Doyle met and married his first wife, Louisa Hawkins. The couple moved to Upper Wimpole Street and had two children, a daughter and a son. In 1893, Louisa was diagnosed with tuberculosis. While Louisa was ailing, Doyle developed an affection for a young woman named Jean Leckie. Louisa ultimately died of tuberculosis in Doyle's arms, in 1906. The following year, Doyle married to Jean Leckie, with whom he would have two sons and a daughter.

In 1886, newly married and still struggling to make it as an author, Doyle started writing the mystery novel A Tangled Skein. Two years later, the novel was renamed A Study in Scarlet and published in Beeton’s Christmas Annual. A Study in Scarlet, which first introduced the wildly popular characters Detective Sherlock Holmes and his assistant, Watson, finally earned Doyle the recognition he had so desired.

In 1893, to Doyle’s readers’ disdain, he  attempted to kill off his Sherlock Holmes character in order to focus more on writing about Spiritualism. In 1901, however, Doyle reintroduced Sherlock Holmes in The Hound of Baskervilles and later brought him back to life in The Adventure of the Empty House so the lucrative character could earn Doyle the money to fund his missionary work.

Having recently been diagnosed with angina pectoris, Doyle stubbornly ignored his doctor's warnings, and in the autumn of 1929 embarked on a spiritualism tour through the Netherlands. He returned home with chest pains so severe that he needed to be carried onshore, and was thereafter almost entirely bedridden at his home in Crowborough. Rising one last time on 7 July 1930, Doyle collapsed and died in his garden whilst clutching his heart with one hand and holding a flower in the other.