The Life and Adventures of Robinson Crusoe

Fear of danger is ten thousand times more terrifying than danger itself.

Against his parents' wishes, Robinson Crusoe sets sail on a voyage that will permanently redirect his life. Thrice shipwrecked, Crusoe ends up alone on a deserted island with the few possessions he salvaged from his ship. After forging himself a makeshift home, he then has to reckon with the island's cannibal intruders. With the help of freed prisoner 'Friday', he hatches a plan to escape from the so-called 'Island of Despair'.

A novel that essentially invented survivalist fiction, this book also addresses pressing questions about faith and the resilience of the human spirit. Bursting with spellbinding adventures and a captivating protagonist, it's no coincidence that only the Bible has been printed in more languages.

Having escaped the The Great Plague and The Great Fire unscathed in the mid-Seventeenth Century, Defoe's interest in survival is no real mystery. A prolific writer, he published over 300 works and Robinson Crusoe  remains his most famous novel.

#RobinsonCrusoe is currently like reading scenes from @TheWalkingDead during their Terminus visit. People gave this book to their kids?!

#OnThisDay in 1709 Alexander Selkirk was rescued from a desert island (see below) inspiring the book #RobinsonCrusoe https://t.co/WAztlsnGaw pic.twitter.com/IPbaAhuja0

The book will be delivered in 20 instalments (or staves), one every day. The instalments are delivered to your Pigeonhole bookshelf on your IOS or Androidapp, plus you can read on our web reader. You will receive an email letting you know when each stave is available, which will include a link to that stave.

Any questions? Drop us a line on rebecca@pigeonholepublishing.com 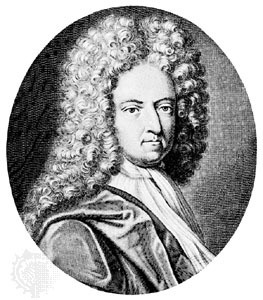 Born in London in 1660, Daniel Defoe, alongside being a journalist, started life working as a merchant and participating in several failing businesses, which led to him facing bankruptcy and aggressive creditors. He was often imprisoned for slander due to his antics as a political pamphleteer.

His first published literary work was a political pamphlet in 1683, and some of his best political works include The True-Born Englishman which shed light on the racial prejudice in England following the attacks on King William II, "William Henry of Orange", for being a foreigner; and the Review  which was published from 1704 to 1713, during the reign of Queen Anne, King William II's successor.

In 1719, around the age of 59, he decided to take a new literary path. He published Robinson Crusoe (1719), which had been compiled from several short essays he had composed over the years. A handful of novels that centered around rogues and criminals followed soon after, including Moll Flanders (1722). In the mid-1720s, Defoe returned to writing editorial pieces, focusing on such subjects as morality, politics and the breakdown of social order in England. Some of his later works include Everybody's Business is Nobody's Business (1725); the nonfiction essay "Conjugal Lewdness: or, Matrimonial Whoredom" (1727); and a follow-up piece to the "Conjugal Lewdness" essay, entitled "A Treatise Concerning the Use and Abuse of the Marriage Bed."

Defoe died in 1731. While little is known about his personal life - largely due to a lack of documentation - Defoe is remembered today as a prolific journalist and author, and has been lauded for his hundreds of fiction and nonfiction works, from political pamphlets to other journalistic pieces, to fantasy-filled novels.