Austen’s flawed heroine Catherine Morland, in possession of a rampant imagination and an unhealthy passion for Gothic novels, leaves her humdrum lifestyle to stay with the Allens – an affluent family all set for a season in Bath.

It is here that she meets the Tilneys who invite her to stay at their home, Northanger Abbey. The mysterious absence of General Tilney’s wife arouses Catherine's suspicions, but is she really onto something?

One of her posthumously published novels, Northanger Abbey is distinct from the bulk of Austen’s oeuvre in its heightened satire and parody of Gothic fiction.

One of the most celebrated British authors of all time and undisputed queen of the high-society novel. 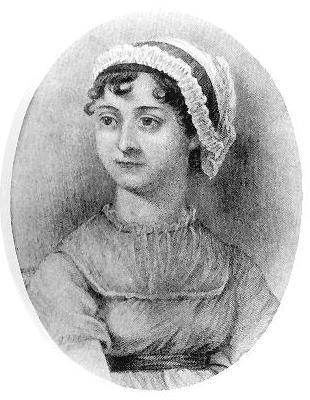 Born on 16th December in Steventon Rectory 1775, Jane Austen was the second daughter of The Reverend George Austen and his wife Cassandra, and sister to six brothers.

In 1783 Jane and her sister were sent to boarding school. While at school they both caught a fever (possibly typhus) which almost killed the young Jane.

Even as a child Jane Austen loved writing and she wrote a lot of short stories that have been collected in the Juvenilia. In around 1795 she wrote a novel called Elinor and Marianne. In the years 1796-97 Jane Austen wrote another novel, First Impressions, which was later published as Pride and Prejudice. Northanger Abbey , originally titled Susan and written in 1798-99, was published posthumously in 1817.

In 1801 the adult Jane Austen, who had grown into a tall, slim woman, moved with her sister and parents to Bath. In 1802 she received a proposal of marriage from a man named Harris Bigg-Wither. At first Jane accepted but soon changed her mind and was to end her life unmarried. Shortly after the proposal, in 1805, her father George Austen died.

In 1807 Jane Austen moved to Southampton, a flourishing port town with a population of over 8,000, where she lived until 1809, after which she moved on to the small village of Chawton in north Hampshire.

Between 1811 and 1816 the majority of Austen's novels were published, including Sense and Sensibility, Pride and Prejudice, Mansfield Park and Emma.  She also wrote Persuasion around this period, but died before it could be published.