Covering a single day in post-war London, Virginia Woolf’s formidable novel follows the path of two overlapping and interlinking narratives that feature Septimus Smith, a war veteran still in the manic throes of shell shock, and Clarissa Dalloway, a middle-class woman remembering her youthful passions whilst preparing to host a party.

Published in 1925, Mrs Dalloway is written in Woolf's pioneering stream-of-consciousness style, flicking forwards and backwards in time and across the perspectives of different characters with seamless fluidity.

As well as writing a string of stylistically ground-breaking novels, Virginia Woolf was also a prolific essayist, memoirist, letter writer, and sometime translator.

Like if you think my final lit essay should be titled "Wibbly Wobbly Timey Wimey: Time and Consciousness in Virginia Woolf's Mrs Dalloway"

Yes, she wrote many deeply moving sentences. But I love Peter's "I prefer men to cauliflowers". #VirginiaWoolf #MrsDAlloway 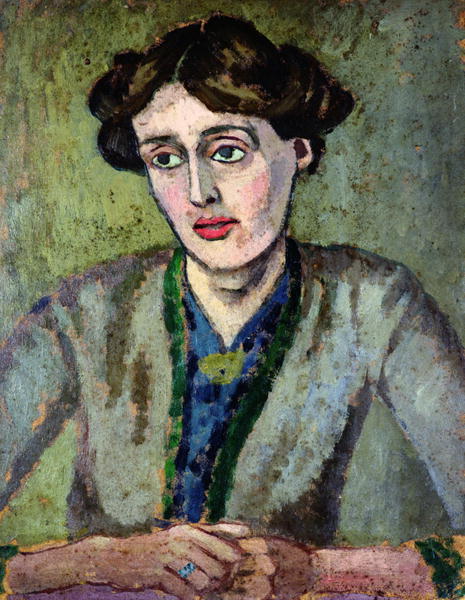 Born in 1885 to Julia and Sir Leslie Stephen – the latter a famous critic and mountaineer – Virginia was raised in a house surrounded by half-siblings from her parents’ previous marriages, including Laura Makepeace Stephen, who was the grand-daughter of William Thackeray. Virginia had her first nervous breakdown when she was thirteen, following the death of her mother and her half-sister Stella, and then another one after the death of her father in 1904; these breakdowns have also been linked, in part, to the sexual abuse she suffered at the hands of her half brothers.

While living in Bloomsbury, Virginia met her future husband Leonard Woolf. They were both part of the literary clique that would go on to be known as the Bloomsbury Group. The couple founded the Hogarth Press in 1917, which published Virginia’s novels, as well as work by T.S. Eliot and other writers that Leonard mentored.

Woolf is most well known for her novels Mrs Dalloway, To The Lighthouse, The Waves and Orlando, which all imbue relatively quotidian scenarios and settings with a wealth of visual and physical sensation, focusing intently on the individual perceptions of each character as opposed to a particularly forceful narrative thread. Orlando was a particularly experimental text that took the form of a satirical biography of her friend and lover Vita Sackville-West, whose character abruptly changes from male to female during the narrative.

Weighed down by the returning effects of her mental illness to the point where she was no longer able to write, Woolf committed suicide by drowning herself in a river west of London on 28 March 1941.