“The Fortunes and Misfortunes of the Famous Moll Flanders, Etc. Who was born in Newgate, and during a life of continu'd Variety for Threescore Years, besides her Childhood, was Twelve Year a Whore, five times a Wife (whereof once to her own brother), Twelve Year a Thief, Eight Year a Transported Felon in Virginia, at last grew Rich, liv'd Honest and died a Penitent. Written from her own Memorandums.”

Having been born in a prison with no prospects whatsoever,  Moll Flanders spends a lifetime in flux, attempting to exchange poverty, sin and misfortune, for property, power and, occasionally, love.

Through his ever-entrepreneurial heroine, Defoe explores the what it means to be a woman of no means in the 17th century and whether it is possible, after a lifetime of sinning, to truly find redemption.

In this tragicomic account of a life well-lived, he creates one of the most enduring characters in the English language.

Born in 1660, Daniel Defoe's most well known novel is Robinson Crusoe.  A dissenting Protestant and political activist, Defoe found himself imprisoned twice, experience he would later use to depict the social underworld of Moll Flanders.

So, as it transpires #mollflanders is an awesome book. Read till 3am this morning. Couldn't put it down.
Best grab a coffee.#books#reading 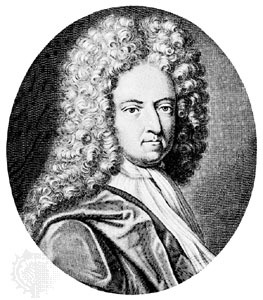 Born in London in 1660, Daniel Defoe, alongside being a journalist, started life working as a merchant and participating in several failing businesses, which led to him facing bankruptcy and aggressive creditors. He was often imprisoned for slander due to his antics as a prolific political pamphleteer.

His first published literary work was a political pamphlet in 1683, and some of his best political works include The True-Born Englishman which shed light on the racial prejudice in England following the attacks on King William II, "William Henry of Orange", for being a foreigner; and the Review  which was published from 1704 to 1713, during the reign of Queen Anne, King William II's successor.

In 1719, around the age of 59, he decided to take a new literary path. He published Robinson Crusoe (1719), which had been compiled from several short essays he had composed over the years, and a handful of novels often centered around rogues and criminals followed soon after. These included Moll Flanders (1722). In the mid-1720s, Defoe returned to writing editorial pieces, focusing on such subjects as morality, politics and the breakdown of social order in England. Some of his later works include Everybody's Business is Nobody's Business (1725); the nonfiction essay "Conjugal Lewdness: or, Matrimonial Whoredom" (1727); and a follow-up piece to the "Conjugal Lewdness" essay, entitled "A Treatise Concerning the Use and Abuse of the Marriage Bed."

Defoe died in 1731. While little is known about his personal life - largely due to a lack of documentation - Defoe is remembered today as a prolific journalist and author, and has been lauded for his hundreds of fiction and nonfiction works, from political pamphlets to other journalistic pieces, to fantasy-filled novels.