Dubbed by D.H. Lawrence “one of the strangest and most wonderful books in the world”, Moby-Dick or, The Whale, is the classic American novel you should have read but probably haven’t.

The Pigeonhole’s here to remedy that: embark on an epic voyage, with short staves navigating you easily through Captain Ahab’s obsessive quest for the great white whale.

watch trailer
About the author

Herman Melville (1819–1891) was born in New York City. A writer of novels, short stories and poems, he is best known for Moby-Dick.

Read More
Why We Like It
In the Discussion
#mobydick

There are #whales alive today who were born before #MobyDick was written https://t.co/Hsfp1u5Yks @smithsonian

150 readers, 4 days and one great book. Amazing, amazing, amazing. Thank you to everyone who took part #MobyDickLive #LondonLitFest

"Now, art thou the man to pitch a harpoon down a live whale's throat, and then jump in after it?" #hardquestions #needanswers #mobydick 🐳

Moby-Dick Unabridged, a live reading of Moby-Dick spanning four days, took place at the Southbank Centre in London, 1–4 October 2015. Selected artwork, photos and recordings commissioned by The Special Relationship for the event are embedded throughout this Pigeonhole edition of Moby-Dick; or, the Whale. 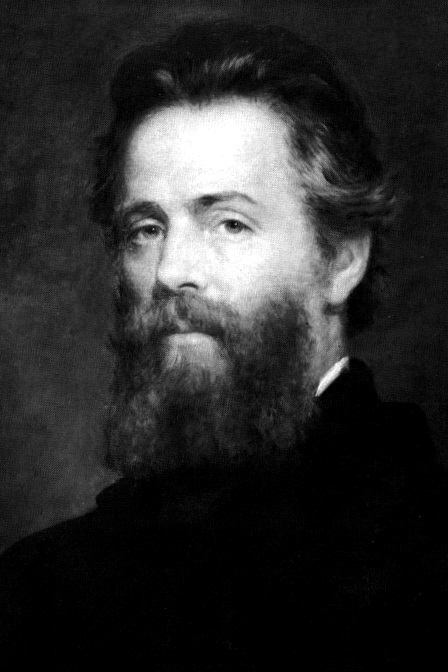 Herman Melville (1819–1891) was born in New York City. After a brief stint as a schoolteacher, he went to sea as a common sailor aboard a merchant ship for Liverpool, and in 1841 sailed on his first whaling vessel, the Acsuhnet, bound for the Pacific Ocean. It is likely that his experiences and knowledge of whaling gained on this trip, and others, informed his writing of Moby-Dick later in life. He jumped ship at the Marquesas Islands and lived briefly among the Typee natives before heading to Tahiti on another whaling vessel. His novel, Typee, drawing on his time in Polynesia, was a success, and he followed it up with Omoo, also based on his sea adventures. During his time writing Moby-Dick in 1850 and 1851 in Massachusetts, he met and befriended the writer Nathaniel Hawthorne, to whom he dedicated the novel. Moby-Dick was first published in England in 1851 as three volumes named The Whale  and then as a single-volume Moby-Dick in the United States. He continued to write fiction and poetry, but his popularity as a writer declined rapidly, and he was largely unknown by his death in 1891. From the 'Melville Revival' of the 1910s and 1920s onwards, his reputation grew posthumously, and he is now seen as one of the key figures of nineteenth-century American literature.