How do we see Greece today? Gone are the hazy images of Doric pillars and sun-soaked olive groves. Since the debt crisis, the country has become a media plaything, the broken child on the naughty step. Yet so few reports manage to capture the essence of the country or the realities of daily life at this difficult juncture. Letters from Greece goes far beyond what’s served up in the press to offer an intimate, compelling insight into what it's really like to be living and working in Greece now.

Read More
Why We Like It
In the Discussion
#lettersfromgreece

In a country ground down by financial and ideological collapse, it is perhaps inevitable that we Greeks are living through a paradox, mourning for the old whilst simultaneously searching for and celebrating the new. Ours is a case of existential limbo; like a castaway washed up on a new shore, a Greek today is in equal parts numb, scared, hopeful and – dare I say – excited.

During one of Greece’s moments of greatest limbo – at the very height of the post-referendum madness in July 2015 – I approached the wonderful Pigeonhole crew with the idea of a Letters from Greece series. Greece was everywhere in the news, but, rather predictably, nearly no media story reflected accurately what it really meant to be living in Greece at that time. The Pigeonhole team was so enthusiastic about the idea that we got to work immediately. I remember feeling elated but also slightly wary of embarking on this project at the height of Greece’s troubles, only to be amazed and moved by the passionate responses and the truly original proposals we quickly received. In the midst of Greece’s summer of discontent, in the lull of Athens’ saddest August, there was the talented journalist who wanted to write about single motherhood in the age of capital controls, the gifted photographer and graphic designer building a new life on an Aegean island, the cosmopolitan Greek poet emigrating to Oslo, the emerging Greek-Australian writer experiencing the quirks and paradoxes of life in northern Greece, the successful photographer humbly photographing the interiors of Greek ministries for posterity, the renaissance woman who would write about love in the city and beyond, the brilliant novelist and university professor who was exploring Athens’ apartment culture, and the charismatic journalist who was pondering the end of the writing profession.

It was a few weeks later, whilst finalising our wonderful list of contributors, that I caught a glimpse of a childhood acquaintance of mine on the island where I grew up. He had recently lost his father and had – my friend whispered to me – left his wife for a much younger woman from Libya, or was it Iran? I had heard from my parents the tragic circumstances of his father’s death and the serendipitous turns of his love life. And I was deeply touched by this familiar stranger, this bereft man with lust in his eyes. I wondered what his own version of events would be and whether it would tally with the story I had heard from my friend and my parents. Can one be in mourning and in love at the same time? In a way, the Letters from Greece answer this question: they are the stories of Greeks who, bereft of the old Greece, are gazing at the present, and at the future, with love in their eyes. 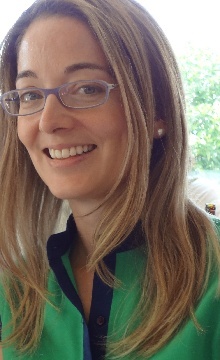 The series editor, Evangelia Avloniti, was born in Corfu, Greece. She studied History of Art, Archaeology and Literary Translation at various institutions, including the Courtauld Institute of Art, University College London and the European Translation Centre.  She began her career at Sotheby's in London and then worked as an editor in ELT publishing for five years. In 2009, she founded the Athens-based Ersilia Literary Agency, where she represents Greek authors in Greece and worldwide, and foreign agents and publishers in Greece.

James Angelos, who writes about Thessaloniki's mayor Yiannis Boutaris, is a Greek-American journalist based in Berlin. He has written for publications such as the Wall Street Journal and the New York Times.

Angela Dimitrakaki, an academic and acclaimed author of five novels and a short-story collection, writes on apartment culture in Athens.

Katerina Esslin, author of three short-story collections, muses on love in the city and beyond.

Miriam Frank, a translator and author of the acclaimed My Innocent Absence, considers life on the quiet island of Serifos.

Thodoris Georgakopoulos, a journalist and writer best known for Februarios, a novel about the Greek crisis, reflects on making a living writing in Greek.

Poet, translator and broadcaster Krystalli Glyniadakis, who has recently moved to Oslo, reveals personal exit strategies from the Greek crisis and discusses emigration and immigration.

Journalist, author and former speechwriter to the Greek foreign minister and prime minister, Rachel Howard shares her own encounters with Greek bureaucracy.

Photographer and writer Dimitris Karaiskos delves into island culture, surfing and the arts on Tinos.

Stella Kasdagli, a journalist, translator, youth worker and author of a memoir and a YA novel, explores facets of being a woman and a working mother today in Greece.

Author of award-winning short stories and articles, Greek-Australian Peter Papathanasiou writes about his village of Florina in northern Greece – both today and in the context of the mass migration of refugees during the 1923 population exchange between Greece and Turkey.