Ernest Hemingway once wrote that, ‘All modern American literature comes from one book by Mark Twain called Huckleberry Finn  [...] There was nothing before. There has been nothing as good since.’ And Hemingway was hard to please!

This picaresque novel has two driving forces: the first is irreverent hero Huckleberry Finn, who lacks a home, a family and the prejudice that would make him abandon Jim, his runaway slave companion; the second is the ever-present might of the Mississippi River – a natural force that intertwines itself with Huck’s narrative and acts as the structural backbone of Mark Twain’s quest to unpack America through one boy’s story.

Expect laughs, pathos and profundity, all by the bucketful.

Frequently referred to as ‘the father of American literature,’ Mark Twain was that rare thing, a master of comic literature who was taken seriously. His faithful rendering of language in the slave-driven American South has led to his work being removed from many school syllabuses worldwide.

I need to read huckleberry finn

I'm currently reading Adventures of Huckleberry Finn (again) and I proper fancy some catfish and canoeing and unintelligible conversation. 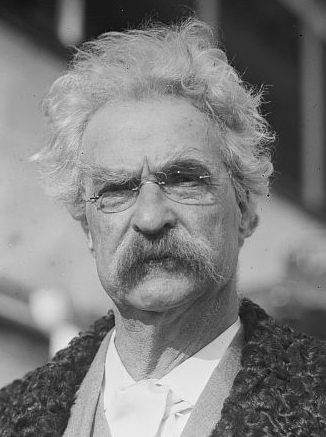 Born as Samuel Longhorne Clemens in Florida, Missouri on 30 November 1835, Twain spent most of his childhood in Hannibal, Missouri, a town of less than a thousand people.

His father was a reasonably successful and highly intelligent lawyer who was tough on young Mark. His mother was a beautiful and easy-going woman, and while the family were by no means well off, they maintained a peaceful existence – unlike the heroes of Mark’s later fiction.

After the death of his father when he was 12, Mark worked in the printing industry, first at home, and then on the east coast. A riverboat journey to New Orleans proved to be perhaps the most important of his entire life. He made the acquaintance of a famous riverboat pilot who taught him the skills required to work in the industry for five hundred dollars. He was to spend the next four years of his life driving boats up and down the Mississippi, meeting the characters of his future novels along the way.

During the Civil War, Twain briefly served in the Confederate militia. It wasn’t until 1865 that Twain’s literary career was launched with the publication of nationally acclaimed short story ‘The Celebrated Jumping Frog of Calaveras County.’ The Adventures of Huckleberry Finn  is the sequel to his initial work The Adventures of Tom Sawyer which the narrator alludes to in the opening pages.

Ever the literary realist, after being born during the appearance of Haley’s comet, Mark Twain said that his end would be brought about when it came around again. Seventy-five years later, after its reappearance, he promptly died.