The year is 1911 when twenty-year-old heiress Peggy Batternberg is invited to spend the summer in America’s Playground.

The invitation to Coney Island is unwelcome. Despite hailing from one of America’s richest families, Peggy would much rather spend the summer working at the Moonrise Bookstore than keeping up appearances with New York City socialites and her snobbish, controlling family.

But soon it transpires that the hedonism of Coney Island affords Peggy the freedom she has been yearning for, and it’s not long before she finds herself in love with a troubled pier-side artist of humble means, whom the Batternberg patriarchs would surely disapprove of.

Disapprove they may, but hidden behind their pomposity lurks a web of deceit, betrayal, and deadly secrets. And as bodies begin to mount up amidst the sweltering clamor of Coney Island, it seems the powerful Batternbergs can get away with anything… even murder.

Native to the midwest, Nancy Bilyeau is a regular contributor to Town & Country. The Crown, her first novel and an Oprah pick, was published in 2012.

She is a direct descendant of Pierre Billiou, a French Huguenot who immigrated to what was then New Amsterdam (later New York City) in 1661. Pierre's stone house still stands and is the third oldest house in New York State.

Here's a #BlackFriday giveaway that won't cost you a thing!

Publication of #Dreamland by @Tudorscribe is just over a month away, & to celebrate we're giving away ten digital copies of her bestselling book #TheBlue! 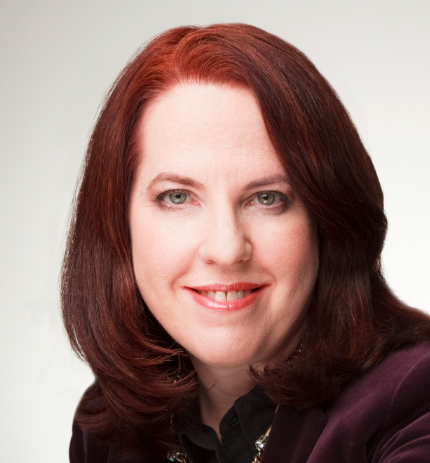 Nancy Bilyeau has worked on the staffs of InStyle, DuJour, Rolling Stone, Entertainment Weekly, and Good Housekeeping. She is currently a regular contributor to Town & Country . Her screenplays have placed in several prominent industry competitions. Two scripts reached the semi-finalist round of the Nicholl Fellowships of the Academy of Motion Pictures Arts and Sciences.

A native of the Midwest, she earned a bachelor's degree from the University of Michigan. The Crown, her first novel and an Oprah pick, was published in 2012; the sequel, The Chalice followed in 2013. The third in the trilogy, The Tapestry, was published by Touchstone in 2015. The books have also been published by Orion in the UK and seven other countries.

Some earlier milestones: In 1661, Nancy's ancestor, Pierre Billiou, emigrated from France to what was then New Amsterdam when he and his family sailed on the St. Jean de Baptiste to escape persecution for their Protestant beliefs. Pierre built the first stone house on Staten Island and is considered the borough's founder. His little white house is on the national register of historic homes and is still standing to this day.

Nancy lives in New York City with her husband and two children.

The book will be delivered in 10 instalments (or staves), one every day. The instalments are delivered to your Pigeonhole bookshelf on your IOS or Android app, plus you can read on our web reader. You will receive an email letting you know when each stave is available.