The Child Left in the Dark

The Child Left in the Dark is the follow-up to the Amazon Bestseller, The Girl with the Green Eyes.

There’s something growing in her that’s going beyond us. Some sort of darkness, a confidence… the more it emerges, the more she seems to just... disappear.

It has been six months since Bella and her daughter Ariana were driven into a desperate flight across the country. Six months since the explosive events at the Futura Laboratory changed their lives forever. Bella must live with the impossible decision she made back in the autumn, even if the consequences are monstrous. She will do whatever it takes to keep Ariana safe, even from herself. Especially from herself.

Ariana, meanwhile, cannot escape the nightmares of the terrifying creatures she saw at the lab. Struggling with the reality of a life out of the shadows, Ariana cannot help but feel more alone than ever. Except for the voices, of course. The whispers of a creeping, dark blankness growing within her. Everyone tells her she is normal. Everyone is lying.

J M (Jenny) Briscoe is a sci-fi author, journalist, blogger, and stay-at-home-mum based in Berkshire, UK. She writes a strong female lead, bakes a mean birthday cake and has been known to do both simultaneously. Her publishing debut, The Girl with the Green Eyes, was long-listed for The Bridport Prize: Peggy Chapman-Andrews First Novel Award in 2020, reaching the top 20 of over 1,600 entrants.

Some Pigeonhole reviews of The Girl with the Green Eyes:

Really excited to share my #liveinterview with Mariella Frostrup @mariellaf1 for @TimesRadio. We discussed Bella's evolution from villain to protagonist, my (somewhat) unlikely foray into #scifi and why I chose an #ungendered pen name.https://t.co/Q5kyEdY5cY

My #officialbooktrailer for #TheChildLeftintheDark, book two of #TakeHerBack and the follow-up to #TheGirlwiththeGreenEyes. Starring my niece, who did such a brilliant job I had to go back and change Ariana's hairstyle in the book 🤣#scifi #newbookrelease #readersoftwitter pic.twitter.com/n1vgZ1n1v9 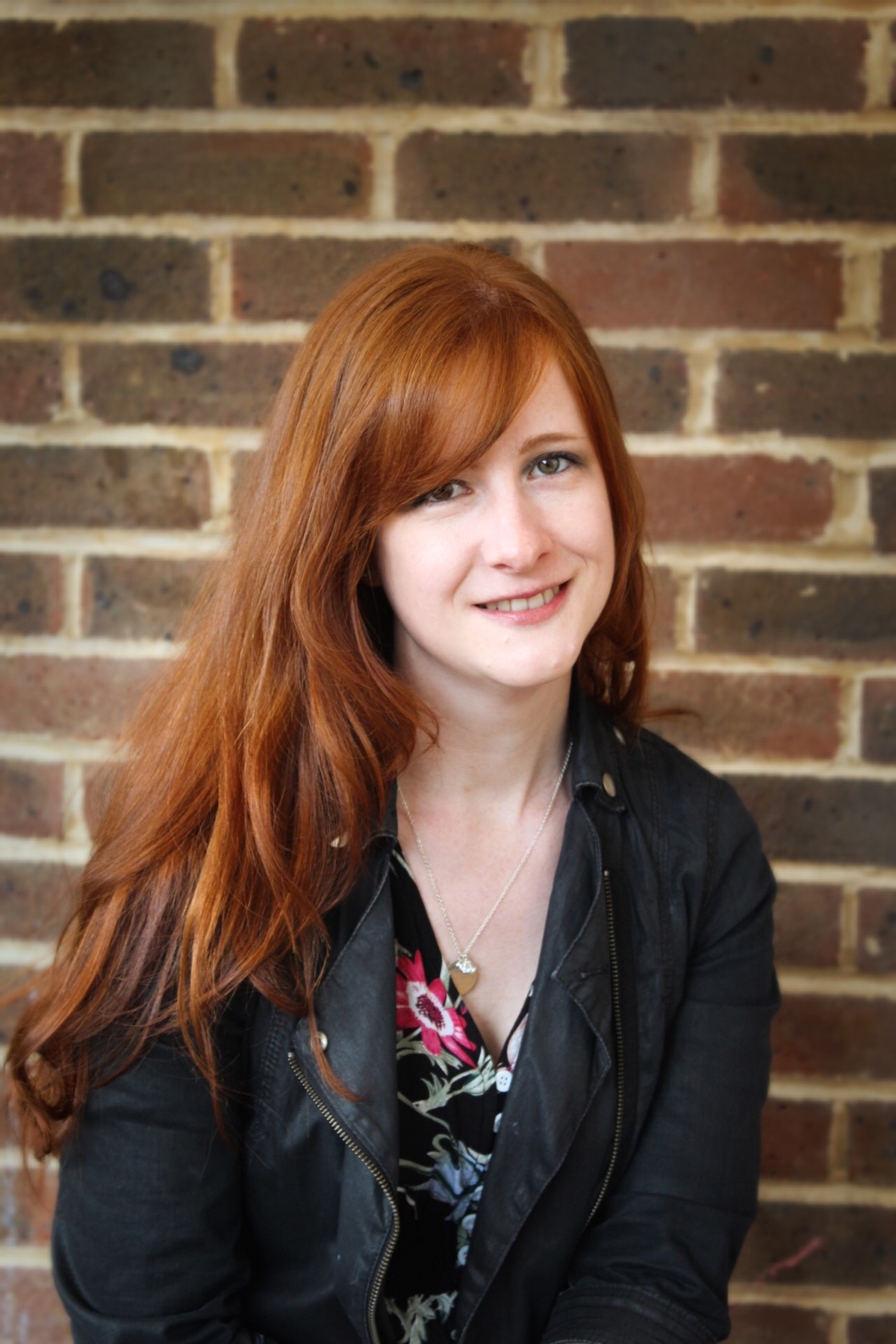 J M (Jenny) Briscoe is a sci-fi author, journalist, blogger, and stay-at-home-mum based in Berkshire, UK. She writes a strong female lead, bakes a mean birthday cake and has been known to do both simultaneously. Her publishing debut, The Girl with the Green Eyes, was long-listed for The Bridport Prize: Peggy Chapman-Andrews First Novel Award in 2020, reaching the top 20 of over 1,600 entrants.

Jenny lives with her husband, three children, and two fairly indifferent cats. She is currently working on the final novel in the Take Her Back trilogy. 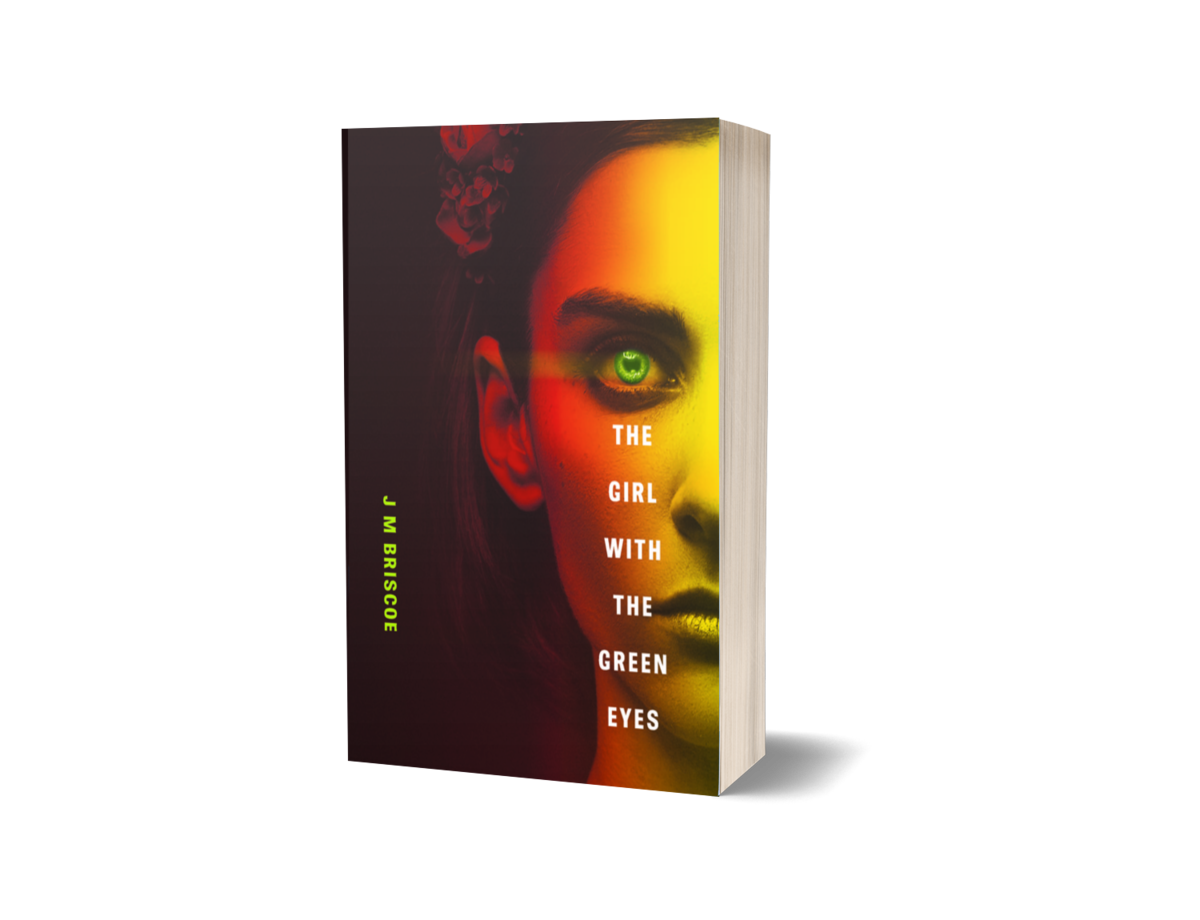 The Girl with the Green Eyes: Short Recap

‘I was nine years and two months old when I realised there was something wrong with me.’ – meet beautiful Bella D’accourt, who was born into a controversial ‘designer baby’ eugenic project. Bella has been designed to be exceptionally beautiful, but when she uses her sadistic, manipulative charm to seriously injure another child her mother brings her back to her creators and demand they ‘take her back’. Part one of a soft sci-fi trilogy, THE GIRL WITH THE GREEN EYES follows Bella’s childhood among other eugenic ‘Subjects’ at the mysterious Aspira Research Centre (ARC), and as an adult driven into a desperate flee across the country with her daughter, Ariana. The narrative is told in dual timelines, the first starting in 1995 and the second 2018.

In 1995 Bella is handed over to Dr Frederick and Ana Blake, the pioneers behind Project A, the designer baby programme. Shunned by her birth family, Bella resolves to make the most of her new life with the Blakes and their son, Ralph, at the ARC in Cumbria.

In October 2018, Bella lives under an alias with her daughter, Ariana, 12. While giving a university lecture one day she recognises a face from her past, Felix Bryden, and immediately flees with Ariana to a remote cottage in Cornwall. She is worried that if Felix has found her, Josiah Lychen won’t be far behind. A coldly arresting villain, controlling billionaire Lychen once worked at the ARC alongside the Blakes but swerved the eugenic research in a sinister direction with the creation of a servile army of humans-turned-robotic-slaves called the Guard. Having met Bella when she was a young teenager, he has been obsessed with the idea of possessing and controlling her ever since.

Felix, her husband Ethan and fellow ARC employees Ralph and Dominic trace Bella to Cornwall and set off in pursuit. Ralph reveals that he and Bella had an affair 13 years ago before she abruptly vanished from Cumbria. He realises he is Ariana’s father.

Meanwhile, back in 1995, Bella and Ralph discover the latest field of eugenic research at the ARC (Project C) involves the manipulation of perception as well as genetics to create children with supernatural abilities. These abilities only exist as long as the children’s belief in them does, and as time moves on the project is plagued by difficulty as the children reach adolescence and their talents dwindle. Although appalled at first, both Bella and Ralph become heavily involved in the project as they grow up.

In the present, Bella discovers Ariana has been communicating with a stranger on social media and deduces (correctly) that this is how Felix found them. They argue, Ariana storms off and is abducted by Lychen’s people. Ralph, Felix and Ethan find Bella searching for Ariana. Lychen makes contact and tells Bella she must return to the ARC for testing before she can have Ariana back. Ariana, meanwhile, is taken to a facility in Leeds called the Futura Laboratory. On the journey to the ARC, Dominic tells Bella that every other member of Project A has died from ailments related to their enhanced genetic properties. This is why Lychen wants her tested, Blake Snr is the only one able to do it.

In the past, 14-year-old Bella is enamoured with new ARC employee Lychen, much to the concern of now-terminally ill Ana, who warns her not to trust him. By the time Bella is 19, she has been put in charge of mentoring select Project C children and presenting ARC research to investors. This causes tension between her and Ralph, who doesn’t trust Lychen. Now a major share-holder of the ARC and its research, Lychen offers Bella the chance to work with him in London on a new line of research, Project D or ‘The Guard’, people whose brain chemistry as well as genetics have been altered to make them the ultimate generation of slaves. He becomes violent when she resists his advances; scared, she turns to Ralph and the two of them enter into a brief affair.

In the present day, Bella reaches the ARC and Dr Blake tests her for abnormalities. Ariana, meanwhile, meets Lychen and his employees at Futura and is able to use a computer to sabotage their tracking devices on her mother and the ARC collective. Accompanied by Lychen’s Guard, Bella and Ralph head for Futura with Bella’s sealed results. They are tailed by reinforcements who, thanks to Ariana’s interference, take Lychen’s Guard by surprise and an explosive struggle ensues. Ralph and Ariana are able to break into one of the laboratories where they discover caged animal/human hybrid creatures. Bella is left alone with Lychen who reads her test results and tells her she is healthy. He tells her he wants her to stay with him. Bella suffers a violent flashback to the past – 2005 – when Lychen raped her in her office late one night, resulting in her pregnancy with Ariana.

In the present, Ethan bursts into the office where Lychen has Bella captive and Lychen shoots him in the chest. Bella realises Lychen will not stop hunting her and runs the risk of discovering Ariana’s true identity if she doesn’t agree to stay with him, so she does so on the condition he saves Ethan’s life and lets the others go. Ariana reluctantly agrees to leave with her newly discovered ‘father’, Ralph.

A further flashback to 2005 shows Lychen’s sabotage of a grand-scale presentation of Project C, leading to the death of a child (one of Bella’s proteges) and the downfall of the ARC establishment. In the aftermath Bella discovers her pregnancy and realises it is Lychen’s baby. She goes into hiding in order to save her child from its father.

An epilogue reveals that instead of treating Ethan’s wounds, Lychen’s henchman Daniel Skaid (a former Project C child now responsible for the hybrid creatures) turns him into one of the Guard.